In the Land of the Broken Hearted 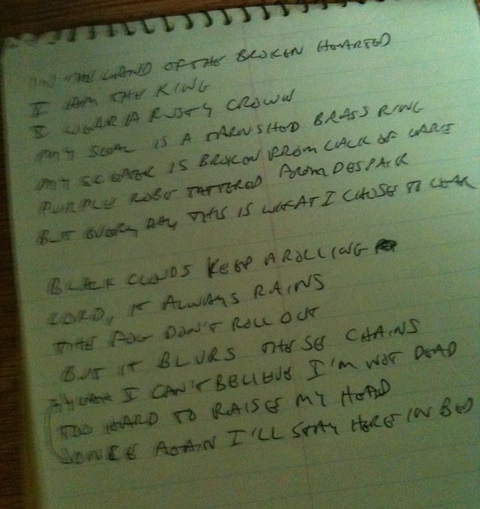 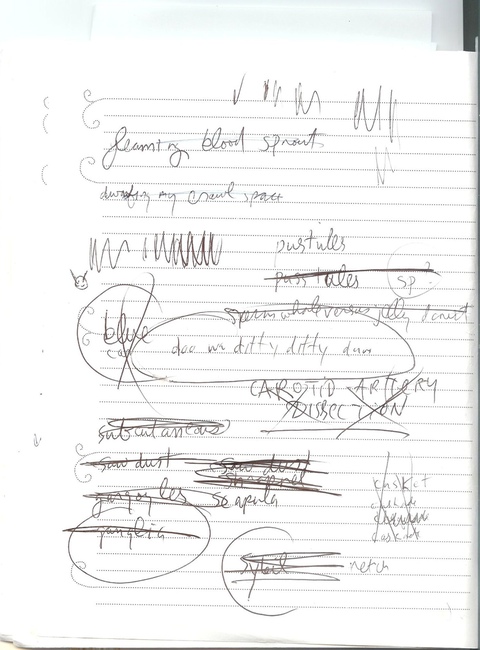 Stream of Consciousness: A Kiss 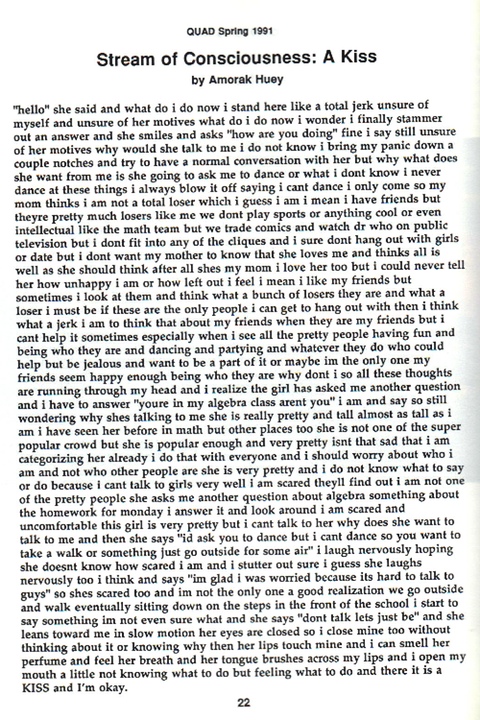 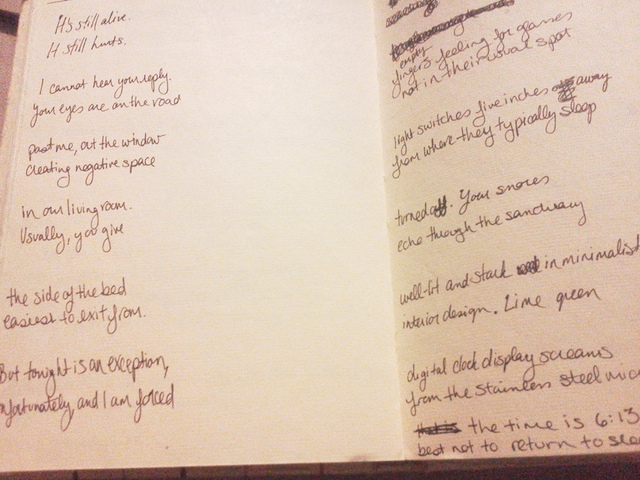 For one minute, everyone in the world died. When they came back to life, no one noticed except for Zheng. Zheng was disappointed to find that the afterlife wasn't flowing with chocolate and strawberries. Instead, a drowsiness that felt like passing out in a nightclub filled with hermaphrodites lost in the ambivalence of identity. Outraged that death had been so mundane, he decided to start a cult worshipping tequila and UFO's. Unfortunately, his anger overwhelmed him after four shots and he started a fight he couldn't win, violence being a poor, but necessary, absolution for his existential angst. "The light at the end of the tunnel is just a q-tip the doctor's use to dab blood from your eyes!"

Bruised and beaten, he sought rest, but nocturnal city workers were rebuilding the road outside his apartment, leaving him in an insomniac's coma. When neighbors later found Zheng drowned in a toilet of chocolate milk, they assumed he'd committed suicide. Investigators, however, would uncover that a woman believing she was a crustacean murdered him over a grievance about misplaced plankton. Unfortunately, no one who heard the news cared because they were too distracted by a squirrel on YouTube that could speak Mandarin.

A rainbow headdress to coat
Our hands salve our bruises