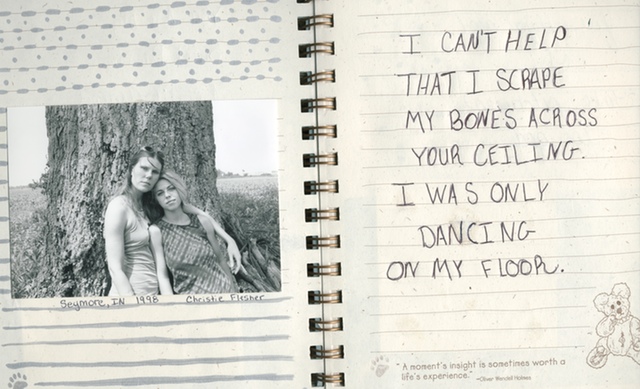 You Walked Away (And Left Me With A Song)

And when the band said 'man we need new stuff'
I told 'em I don't have no more
After years of words about my long, hard search
I found the thing I'm looking for

(Chorus, band comes in)
So thank you girl for the memories
Forgive me if I did you wrong
You walked away
And left me with a song

Well I love these guys like family
But even they can't help me mend
Yeah, they understood when you walked away
That it was time to play again

(Chorus, 1.5 times and then)
You walked away
But I'll always have this song

Fight against the Krakan (sic) 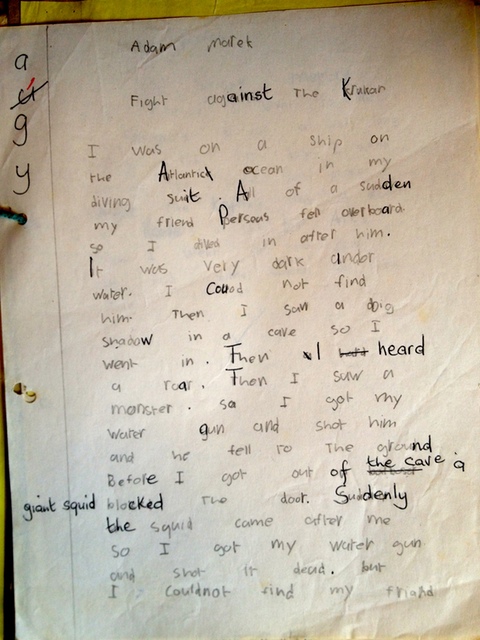 It's a myth that all dragons are mean,
No dragons have these people seen.
It's just like us humans have had,
We all have our good and our bad.
With most dragons you have no need to fear,
For they're usually in very good cheer.
Because who wants to anger a dragon
When he can run you up like a flag on
A pole just because he can?
So just treat him like you would any man.
But to keep them real happy bring them gifts.
This never fails to get their spirits to lift.
But be careful about flowers or trees,
Because there was one time it make this one sneeze,
And it reduced a group of children to ash,
And their parents he was forced to mash,
When they hunted him looking for revenge.
So he cooked them and all of their friends.
And then had him a family reunion,
With the townspeople thrown on the barbeque.
He even used the plants that were gifts as the spice,
And helped himself to all of their wine
And they liked it so much that they stayed,
And they party there to this day.
So if you're ever lost in a forest
And you hear a loud off key chorus,
And you find that it's dragons all drunk
Run away quick of you might become lunch. 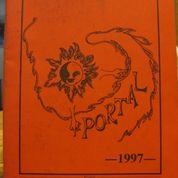 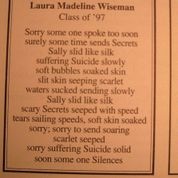 It's oppressed us for weeks
And the house held the heat
In wooden, whining walls
Until yesterday's crackling rain

My love for you
Lost in fiery lust
Recovered in open, crisp skies 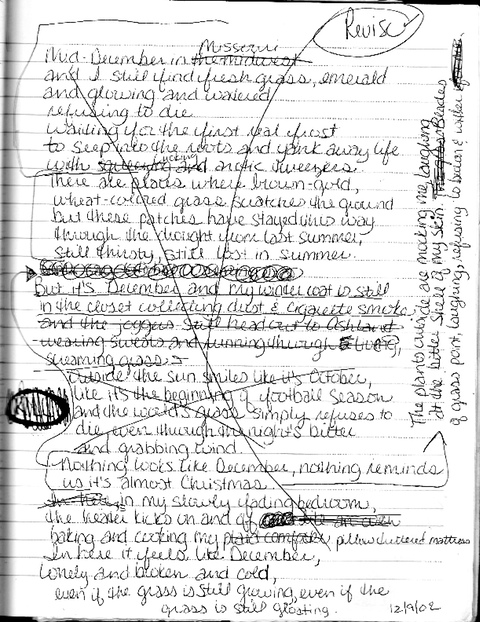 THE LIBERATION OF THE BUG MAN

It was my job as exterminator to spread boric acid in all the kitchen cracks, even those hard to reach spots, so the roaches would step through it and track their death all the way back to wherever they built their nests in the walls. I could have told the property owner he needed to control some leaky pipes behind the kitchen and bathroom, because roaches love the damp, but the owner didn't give a hoot about actual eradication. He just wanted the creatures to be relatively unseen around rent payment time. The rest of the month they could fly in a tenant's face if they wanted.

The tenant I visited on this particular day was an old widow. I felt bad for her because she struggled to haul out the trash on a daily basis, wash dirty dishes as quickly as she could, and scrub the bathtub, sinks and floors as often as time and energy allowed. She took the presence of the bugs as commentary on her housekeeping skills, a sign of her deterioration in that regard perhaps, since she had spent most of her adult life tending house for her husband.

Continue reading THE LIBERATION OF THE BUG MAN 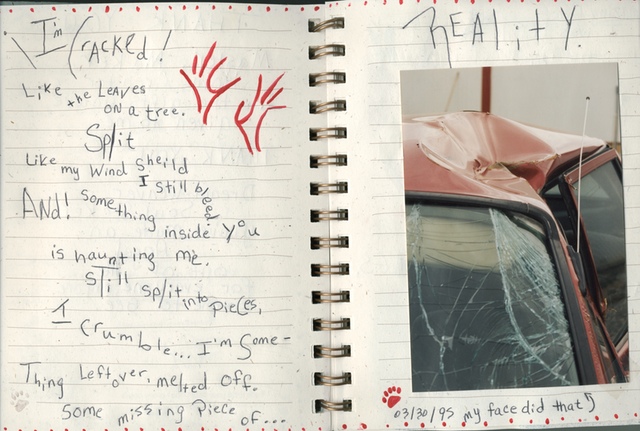 An Ode to a Girl Who Unleashed My World and Left Me Unleashed on the Floor.

I met you in a confused state
(I think it was Wisconsin).
Our conversation danced around
more skillfully than us.
I smiled a twisted smile at you,
which you promptly straightened out
when you placed your smile on top of mine,
while in between was crushed my doubt.
My withered doubts there whimpered,
she was less kind to them than me,
she killed them in a violent way
and I spoke in their eulogy.

She was bold,
I was italic.
She was super-script,
I, sub-.
I underlined her in a way
that I defined as love.

I'd love to say that love it was,
Love to say I'd loved her, love.
But loving to say and saying to love
do not make one stay, nor make one love.
And the one and one add together as two.
Then soon one loses love
(therefore losing the two).
And if one loses his two,
he'll be a negative one
and everyone he meets
adds up to zero
by fault of himself
(though this he does not know).

So he goes home and sits
in a corner and rocks,
rocks on his guitar,
to the songs that he makes:
the sad little songs
(about three inches long)
that dampen his heartstrings
and strum out a chord:
a divine autoharp.
But divine he cannot
the reason he reasons about that which shot
into his heart and left a large exit wound
though the place that it entered will begin to hurt soon.
The rest it will follow,
like poison, will spread.
Like petroleum jelly
on a knife over bread.
It's flavor he savors
unintentionally.
He cringes at the bitter
he makes himself eat,
and scrawls out a sugary tune. 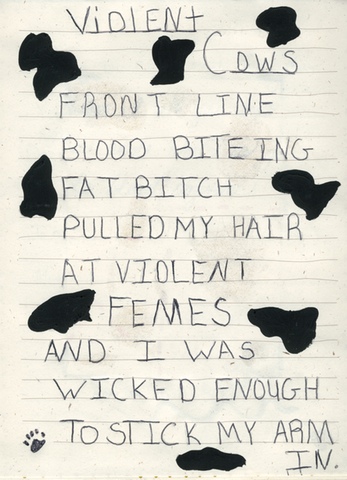