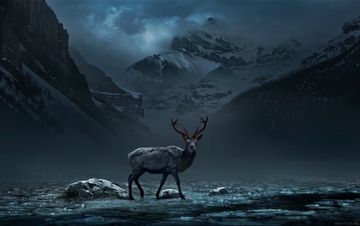 Editor's Note: In addition to kindly allowing us to use The Watcher as our Winter Edition graphic, featured artist Vitaly S Alexius also agreed to an interview with Menacing Hedge alumna (and soon to be guest fiction editor) Amanda Gowin. You can click the images to get a larger view, follow his unfolding graphic novel, Romantically Apocalyptic, and see more of his work at alexiuss.deviantart.com.

An Interview with Vitaly S Alexius, by Amanda Gowin

Amanda Gowin: What was your favorite medium to work in before you mind-melded with digital artistry? What was under your fingernails?

Vitaly S Alexius: There were cities of bacteria under my fingernails which were exterminated by oil solvents used for diluting oil and acrylics. I love working with oils or acrylics and I'd still be working with it if it wasn't such a hassle to store and transport oil paintings. 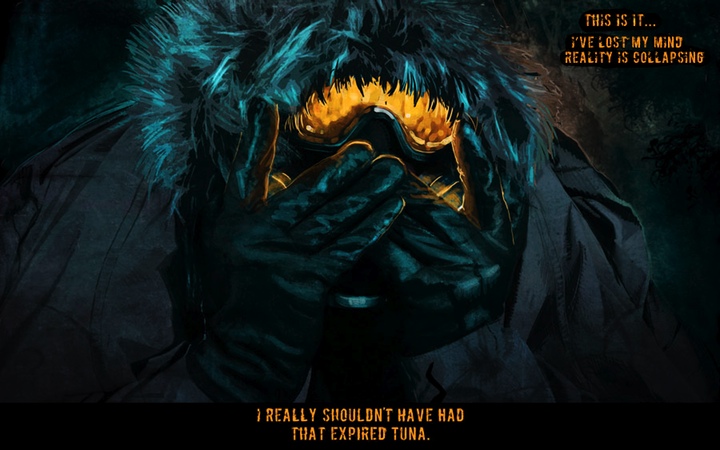 AG: What is your favorite flavor of pie?

VSA: Key lime! Damn you for making me hungry. (goes on a quest for pie)

AG: In other interviews you talk about the mines and the steel mills from the town you lived in when you were a small child. Smell is welded to memory. Do you still remember what it all smelled like? Have you ever run across a place elsewhere in the world that smelled the same?

VSA: Actually probably living in that place exterminated my sense of smell. Now I smell nothing. NOTHING. It probably smelled like DOOM and I will never get my sense of smell back because the chemicals in the air pretty much fried my smell sensors. 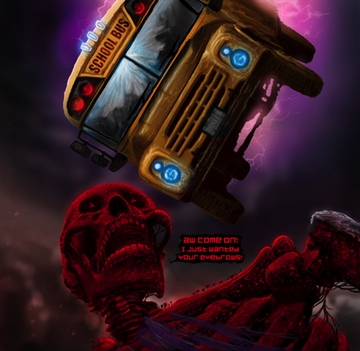 AG: With 'urban exploration' I've discovered the most useful things to have on hand are an interesting hat and a large camera - an innocent eccentric has a better chance at proving they mean no harm. What's the stickiest situation you had to talk yourself out of while exploring when you were young?"

VSA: I've run into security guards at abandoned locations and they simply told me to leave and then I did. Wait, that sounds boring.

Another time I've had to hide out from construction workers, playing hide and seek with them, except that they didn't know that they were looking for me.

Once at night, I've had a security guard wave a flashlight at us yelling "WHO'S THERE?". We didn't answer and stood still staring at him from far away. He didn't move toward us. He was probably too scared to approach us and so we went on our way to shoot a nude model at the abandoned skyscraper that he was poorly guarding. 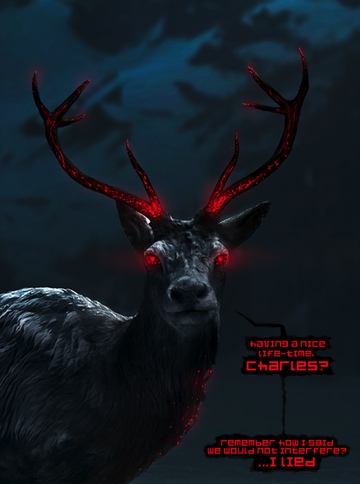 AG: Do you listen to music when you work, or prefer any sort of background noise?

VSA: No music. Sometimes I listen to audiobooks. Usually I just work in silence.

VSA: I've the most delicious cat. His name is Buddy and he likes boxes, playing fetch and licking noses. My wife had him before we started dating and he's from a Petsmart adoption shelter.

AG: You mention Ivan Aivazovsky and his seascapes, man struggling against the sea, as an influence and a parallel to your own work. Is man's battle against the future as hopeless as fighting the sea? What I mean is, do you believe you're painting a window into the future as opposed to a possible vision for the future?

VSA: Man's stand against the future is far more dangerous than fighting the sea You can avoid the sea by staying on land, but you cannot avoid the future nor the spread of air and light pollution from cities. I paint whatever I imagine, which is one of our potential futures. It is impossible to predict the future, but one can estimate it at 4%.

AG: Where do you keep the mask you wore for exploration and as the basis for the mask in Romantically Apocalyptic? Is it at the foot of your bed, in an old box, preserved under glass....?

VSA: I keep my masks, both the ones used for RA and the ones used for urban exploration in clear plastic shelves. I enjoy the fact that they are clear as I could see the inner contents of each shelf. The future is a magical place. Never could I imagine living in Soviet Russia that I would someday own 50 transparent shelves filled with various items of interest.

AG: Do you prefer cold weather or warm weather, and why?

VSA: I love warm weather, but I fear the month of August in Canada because it brings Ambrosia and Ambrosia is my greatest enemy. Someday I will escape to the magical nation of Iceland for the month of August and hopefully the local volcanoes there stand a chance against the monstrous Ambrosia. If they do not, then I am surely doomed.